The agony of modern-day messaging is rooted in WhatsApp privacy controls, where if you want to see when other people read your messages (the blue ticks) you have to broadcast your own read receipts.

But with unofficial alternatives to WhatsApp, you can have it both ways. These WhatsApp “mods” (modifications) are made by independent developers who repackage WhatsApp functionality and post the app online.

Users install apps like GBWhatsApp and FMWhatsApp because the mods offer additional functionality that WhatsApp doesn’t, such as the ability to have multiple accounts on one device, or the aforementioned hiding one’s own message receipt indicators (blue tick marks) while maintaining visibility into recipients’.

“I can disable ‘last seen’ or ‘online,’ therefore you cannot see when I am online. It’s like going on flight mode but you are still on the internet,” the saying goes.

Unlike the official WhatsApp, these apps aren’t available on the Google Play Store. Users share them from device to device using Flashshare, or download them directly as Android Package Kit files (APKs) from websites.

Most of these apps are relatively obscure, but the WhatsApp mods, especially GBWhatsApp, are just as popular as some of the most well-known Western apps.

To understand the popularity of these clones, Caribou Data analyzed their current app dataset in three key African markets in Nigeria, Kenya, and South Africa, comprising 230 million app sessions (opening and closing of an app) from more than 21,000 apps and more than 4,000 panelists.

The results showed how dominant WhatsApp has become, with close to 90 per cent active user rate and more than a quarter of those 230m app sessions – People use WhatsApp a lot.

It shouldn’t be too much of a surprise that its clones are also immensely popular: Across these three markets, GBWhatsApp has essentially the same user base as Twitter, with 3 times the number of app sessions. In fact, according to the study, GBWhatsApp has more sessions than Facebook, Facebook Messenger, Instagram, Twitter, and Snapchat combined.

These messaging sessions are short, with an average duration lasting about 9 seconds, but people use them constantly.

Almost 50 percent of WhatsApp mod users are under 24 years old, compared to 40 percent for official WhatsApp.

Whereas WhatsApp has basically become a utility similar to SMS, finding and installing the 3rd-party app outside the Google Play Store requires a higher level of digital literacy and perhaps risk tolerance, as doing so requires manual override of Android’s built-in warning against installing “apps from unknown sources.”

Per the research, activity data also shows that many of the people using WhatsApp mods are multi-homing, that is using more than one competing version of the messaging product. Across the three markets, 24 percent of panelists use more than one version of WhatsApp, and 6 percent use three or more versions. Unsurprisingly, the multi-homing population trends even younger, and even more male.

While the vast majority of app usage in sub-Saharan Africa is with official apps, that are typically Western; despite big pushes in Africa the Chinese superapps have yet to gain significant traction. The popularity of WhatsApp mods is a strong reminder that market dynamics in the Global South create different digital ecosystems. Specifically, distribution is more fragmented, such that traditional bottlenecks such as Google Play (content) and mobile operators (devices) are less powerful than in many Western markets.

Some of this is cost-driven, for instance, flash-sharing media and apps to avoid data costs of download. Some is due to institutional structures such as financial exclusion driving prepaid accounts), and some of it is the technology platforms themselves like Google restricting developers in many African countries from monetizing via the Play Store. But the end result is that understanding digital economies in Sub-Saharan Africa is different than in the West, and requires localized research methods and datasets that can capture the complexity and nuance of each market.

These findings were part of the research done by Caribou Data which provides quantified insights into market trends and consumers’ digital behaviour in emerging economies.

In other news – Sophie Ndaba’s husband Max Lichaba attacked, forced to divorce Her because she is sick & dying

Husband to small screen veteran actress and entrepreneur Sophie Lichaba has come under attack from some women for staying in their marriage. 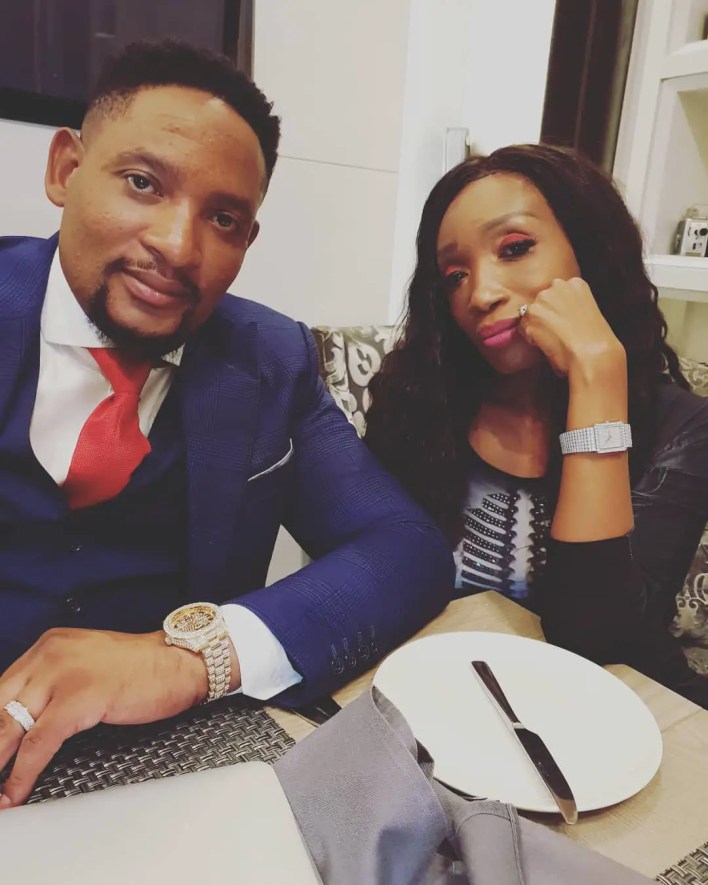 The Businessman, Max Lichaba, who has endured many obstacles in his marriage is reported to have been getting stinging messages from some women claiming that he is foolish to stay with the ailing actress. continue reading