Sizwe Dhlomo has been targeted by nasty Twitter trolls who mocked his appearance after a recent pic of him went viral.

The Newzroom Afrika presenter – who is widely known for his social media shade – was pictured alongside DJ Black Coffee and Maps Maponyane outside the latter’s restaurant Buns Out. Black Coffee posted the pic on Twitter with the caption; “Finally got the buns”.

But instead of admiring three successful black men coming together, Black Twitter immediately took aim at Sizwe’s fashion sense, and in particular his ‘farmer sandals’.

Here’s what tweeps had to say about his look;

Sizwe being that 1st born that never left the village pic.twitter.com/FQv4SWpWnn

Sizwe looks like he got ready while Black Coffee was at the gate to fetch him 🤣🤣🤣 pic.twitter.com/pgTdgnA4KO

When you are with your elders
And
You Are About To Fart But You Try To Hold It In. Until u alone and free to fart
Sizwe just let it go pic.twitter.com/F15xWwQsun

It took a loving sister, Magogodi, and mom, Palesa Litlhakanyane to inform him about the auditions and who helped him prepare for his scenes, now Litlhonolofatso is happy to be on TV. 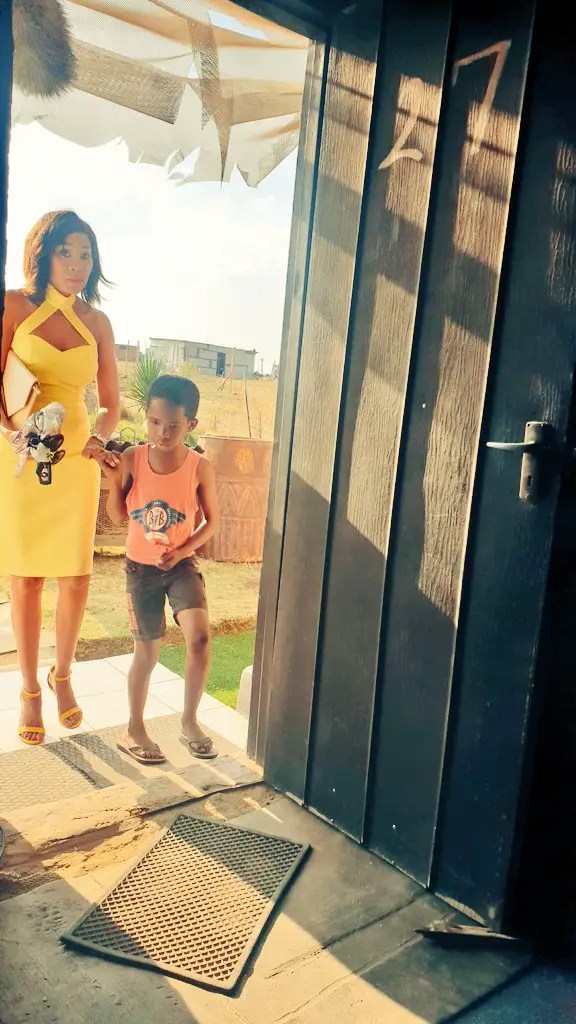 He has a soft touch that can dissolve even the hardest of hearts, every time he appears in Scandal!, viewers can’t help but gush over him. Litlhonolofatso Litlhakanyane (10) could be a fan favourite, but the acting is just a means to an end for the actor who plays Tibi. Read more