Nick Gordon died from a heroin overdose. Bobbi Kristina Brown’s ex Nick was found dead on New Year’s Day at the age of 30, and it has now been confirmed he died from a heroin overdose. According to a toxicology report obtained by TMZ, Nick had heroin in his system at the time of his passing, as well as Narcan, which is a drug administered to prevent the effects of a drug overdose. Nick was in hospital for seven hours before he passed away, and his brother Jack Walker Jr. previously said Nick was in a “normal state of mind” just hours before he died.

Jack said: “I spoke to him six hours before he passed. He was in a normal state of mind. Nick was fine, he was cool, like anybody else would be on new year’s, honestly. He called me on the phone and I was working. I was busy, so I told him I would call when I got off. It wasn’t really like he was messed up or anything like that. He was normal.

Jack rushed to the Intensive Care Unit at Altamonte Springs Hospital, Florida, after hearing Nick had been taken there unconscious, and he desperately tried to wake his sibling up. He added: “I tried my hardest to wake my brother up. Me, my father and [Nick’s girlfriend] Laura [Leal] were there with him.

“We were trying as hard as we possibly could to wake Nick up but, you know, it’s just how it is. God’s plan. Nick wasn’t speaking at all. He wasn’t speaking, but he could hear me.” Nick’s attorney Joe Habachy confirmed his client had passed away last month. He said: “My heart is heavy today after learning that my long time client Nick Gordon died at the young age of thirty.

“While I cannot speak to the specific circumstances of his death, I can say that it’s been truly heartbreaking to have witnessed firsthand the total devastation that drug addiction has wreaked upon a group of young friends, all of whom were loved and had immense potential.

Despite all of the incredible challenges Nick faced over the last few years, I can honestly say that he worked hard to hold his head up and stay sober and that he genuinely wanted a happy, healthy life with his family more than anything else. My heart goes out to the family and friends Nick leaves behind and to any other families dealing with the losses and heartache caused by drugs.

In other news – Kelly Khumalo boiling after own Sister disowns her

Media personality Kelly Khumalo is livid at her brother-in-law Mhlo Gumede for allegedly using her name to promote an event she knew nothing about. 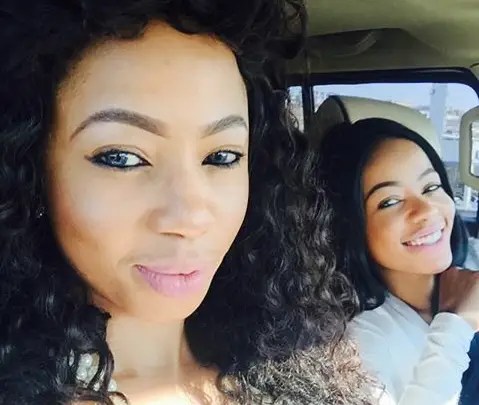 A statement that was issued on behalf of the singer by Kelly Khumalo Entertainment, made it clear that she knew nothing about an event called Stay Fresh Saturdays with Vusi Nova and Kelly Khumalo. Read more