Offset has been detained by police following a report of a person with a gun at a shopping centre, but no arrests have been made. The Migos rapper and three others have reportedly been taken to a nearby police station for questioning but have not officially been arrested after officers recovered two guns following a complaint.

Sources told TMZ a call came in shortly before 8 pm on Wednesday of a person with a firearm inside the parking structure at The Grove shopping centre in Los Angeles.

According to the insider, the person with the weapon allegedly fled the scene and Offset and members of his entourage were initially detained by The Grove’s security station.
It has not been made clear if Offset or anyone he was with actually had a weapon. This isn’t the first time the 28-year-old star has crossed paths with police in recent months.

In November, he was stopped for speeding, just a week after picking up his new Ferrari, which was a gift to himself to celebrate the Grammy nomination he and wife Cardi B received for Best Rap Performance for their collaboration ‘Clout’.

He was spotted being pulled over by sheriff’s deputies in West Hollywood for going over the 35mph speed limit. According to reports at the time, Offset was co-operative and let off with a warning after getting out of the vehicle and having a chat with the cop, who he shared a huge with before being told to slow down.

The source explained the ‘MotorSport’ hitmaker wasn’t going much faster than the speed limit in his Ferrari Superfast. Offset showed off his new car on Instagram a few days before the incident.

Grammy nominations…I nominate myself with the ‘rari.” And he shared a photo of himself sitting on the vehicle and wrote: “MY JUDGE WOULD HAVE NEVER THOUGHT I WOULD BECOME THE MAN I AM!!! Long story short nobody knows your destiny but you!!! (sic)”
Related TagsCardi B

In other news – Vanessa Bryant speaks out: We are completely devastated

Vanessa Bryant made her first public comment Wednesday since the helicopter crash that killed her husband Kobe Bryant, one of their daughters and seven others, taking to Instagram to thank people for the global outpouring of support since the tragedy. 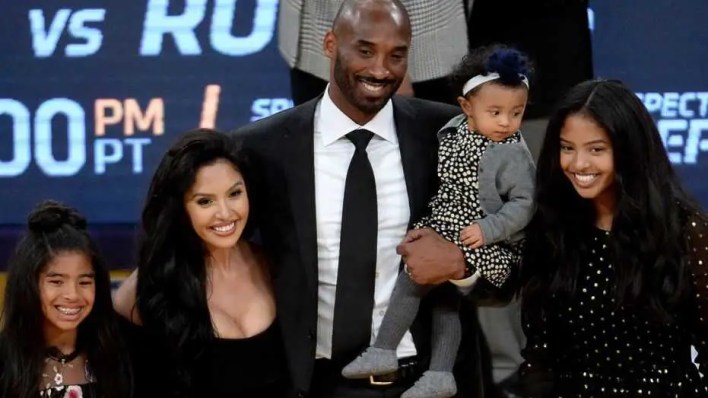 She also announced the formation of a fund to help support the other families that were affected by the crash. Read more

Vanessa Bryant speaks out: We are completely devastated