Nigeria’s Vice President, Yemi Osinbajo has officially declared his intention to contest the 2023 presidency. Osibanji made his declaration to contest for the apex seat on the platform of the ruling All Progressives Congress (APC), according to Chisomo Phiri of the Maravi Post. In a declaration on Monday morning, Osinbajo called on Nigerians to consider him for the Presidency based on his wealth of experience and commitment to democratic norms.

He noted that he had come a long way in public administration, having served as Justice Commissioner and Attorney-General of Lagos State from 1999 to 2007, and as Vice President since 2015, said the report.

In the declaration statement shared on his official Facebook Page Osibanjo said: “In these 7 years, while on the train of duty and service, I traversed every part of our country, meeting Nigerians of every cadre, class, tribe, and walk of life, both young and old; I MET YOU.
“I’ve stood where you stand and sat where you sit. I know and I understand our hopes, aspirations, and fears from a place of relatable proximity; and I believe that those hopes and aspirations are the seeds for the great Nigeria that we all desire.

He added: “I believe that the very reason why the Almighty God gave me these experiences, these insights, and these opportunities, is that they must be put to the use of our country and its great peoples.

“This is why today, with utmost humility, I formally declare my intention to run for the office of the President, Federal Republic of Nigeria, on the platform of our great party, the All Progressives Congress.
I also most solemnly and respectfully seek your support as fellow Nigerians everywhere in this land and the diaspora, as we embark on this great and exciting journey that lies ahead of us,” added Osinbajo.

Osinbajo’s declaration comes a few days after he met with APC Governors at his official residence at Akinola Aguda House in the State House, in the capital city, Abuja.

Over the past weeks, actress Pearl Thusi has been on the trending list and in the news for all the wrong reasons. 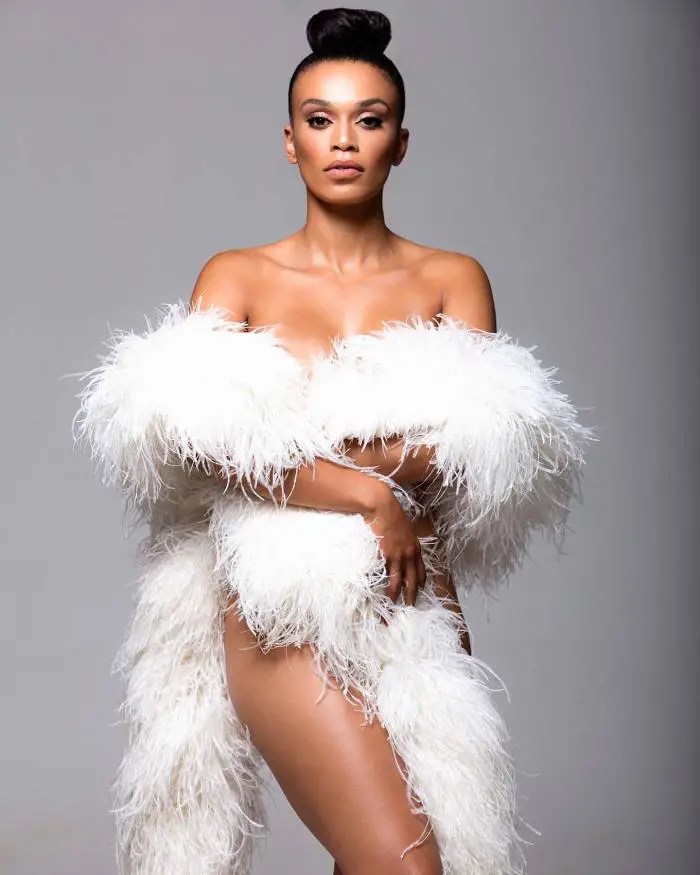 Some have assumed that probably she torches storms to remain on everyone’s lips. If anything, bad publicity is good publicity as they say. Learn more