Olamilekan Moshood Agbeleshe also known as Laycon, the winner of the fifth season of Big Brother Naija has been gifted a Mercedes Benz car to mark his birthday.

The reality TV star was gifted the car by his fans popularly known as Icons on his 27th birthday.

The car was, presented to the rapper turned reality TV star by his fans at his birthday party.

A visibly shocked Laycon was presented with the keys and documents of the car by a representative of his fans. 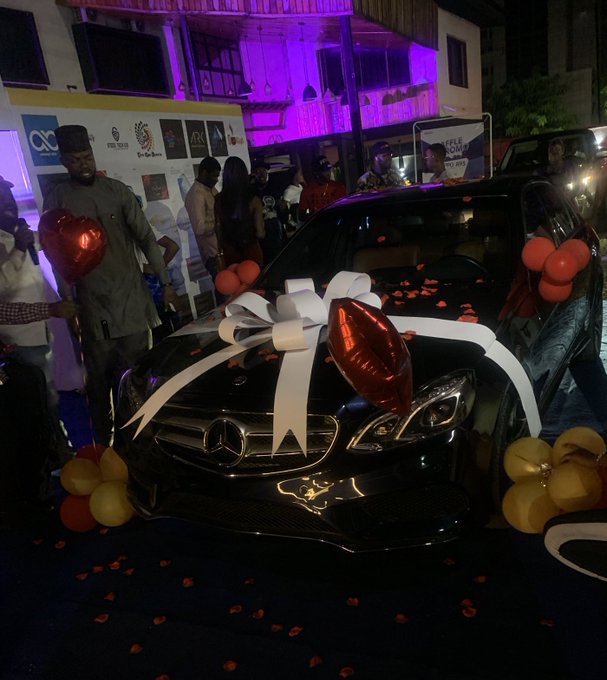 The reality TV star’s car is a 2015 Mercedes Benz E350 which according to cars website, Jiji.com goes for N12M.

Laycon joins the list of reality TV stars who have been gifted with cars on their birthdays.

Recall that a few days ago, Dorathy Bachor was presented with a Mercedes Benz car gift for her 25th birthday.

Nengi: I am thick in the thighs and thin in the waist – Hot Snaps

Toke Makinwa: Stop dictating to people how they should spend their...

Robber who snatched 18 vehicles at gunpoint in less than 90...

Comedian Emmanuella builds a stunning house for her Mom

Nengi: I am thick in the thighs and thin in the...