Kim Kardashian West has never been in her swimming pool. The ‘Keeping Up With the Kardashians’ star and her husband Kanye West moved into their California home two years ago after spending four years having it completely overhauled and though the 39-year-old beauty “loves” the outdoor feature, it’s not exactly what she wanted.

Kim was hoping to install a Jacuzzi but Kanye was “bothered” by the design, so the couple – who have kids North, six, Saint, four, Chicago, two, and Psalm, eight months together – opted for a pool which they keep hot at all times instead. In a video segment for Architectural Digest, Kanye asked Kim when she last used the pool and she admitted: “I’ve never used our pool, actually. Can you believe that? But I love our pool.

“I wanted a Jacuzzi, and then everyone kept designing them off to the side and it bothered you so much. But the kids love to swim in a Jacuzzi, so you said, ‘No, the whole pool will be a Jacuzzi. We just make sure that it’s hot all the time.

However, while Kim has never been in the pool, she admitted her siblings and their kids often come over to use it as it’s very appealing to children because of the wide, long steps leading into the water.

She said: “We built a really long stair, and it’s not the deepest pool, so the kids love it. The house was remodelled by Belgian architect Axel Vervoordt and the ‘Stronger’ rapper wanted the property to be as child friendly as possible, completely redesigning their garden so kids could use scooters outside.

Kanye said: “North was the inspiration for the design. As many places as I could take the stairs out, I did. And it’s the same inside the abode, despite it’s the minimalist decor.

Kanye told the publication: “The kids ride their scooters down the hallways and jump around on top of the low Axel tables, which they use as a kind of stage. This house may be a case study, but our vision for it was built around our family. Everything we do is an art installation and a playroom.

Media personality Khanyi Mbau has made a return to the music industry with a new single, Ubusuku Bonke. 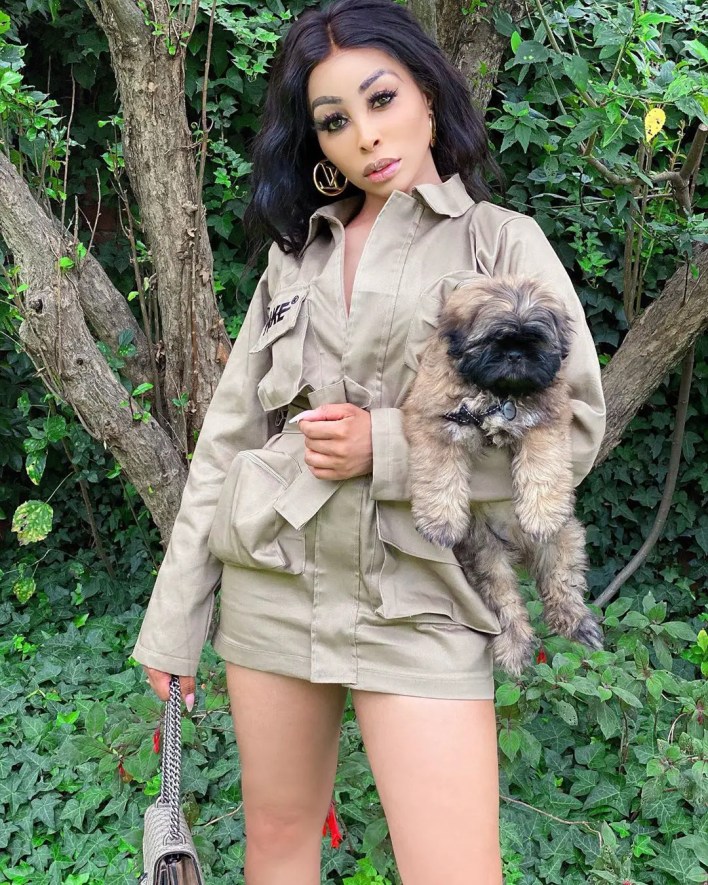 The single is already sitting on over 70 000 views on YouTube and it features her longtime boyfriend Tebogo Lerole. It has been released under Universal Music (Pty) Ltd South. Read more