Contracting the human immunodeficiency virus, or HIV, is no longer seen as a death sentence in developed countries, which have the resources to treat it.

Still, millions of people around the world contract HIV and die of the last stage of the virus’s infection: acquired immunodeficiency syndrome, or AIDS.

There are a lot of reasons why people need to know about HIV/AIDS, from determining whether they are at risk themselves to even how to speak sensitively to someone who has the disease.

Here are 10 facts that you should know.

Fact 1: A person may be HIV positive but might not necessarily have AIDS
HIV stands for Human Immunodeficiency Virus. A person is termed to be HIV positive when they are found to be infected by this virus. As the disease progresses it eventually eats away at the immune system of the patient, causing a number of opportunistic infections to take hold along the way. AIDS or Acquired Immunodeficiency Disease is a host of conditions that are associated with the loss of one s immune system according to the CDC when a person s CD4 count is below 200 cells/mm3. This is the most severe stage of the infection. HIV and AIDS are different and a person who is HIV positive does not necessarily have AIDS.

Fact 2: There are two strains of HIV
You probably knew that HIV originated in monkeys. But did you know that there are actually two types of HIV strains? Labelled as HIV 1 and HIV 2, these two strains have been found in chimpanzees and small African monkeys. HIV 1 is the more potent of the two strains and is what most commonly causes HIV infection.

Fact 3: It takes almost 10 years for the onset of AIDS
Once a person is infected with HIV it takes at least 10 years for it to progress into AIDS. AIDS is the final or most severe stage of the disease when the immune system of the patient s body has been compromised greatly.

Fact 4: It is not spread only by sexual contact
If you thought that HIV is spread only by sexual contact with infected individuals, you are mistaken. HIV is also spread by sharing needles, by being transfused by infected blood or by coming in contact with the bodily fluids of an infected person (semen, milk, fluids from the vagina etc.). Here it is important to remember that by contact it means that the fluid enters the body of the other person through either an open sore in the mouth or the anus or through the vagina.

Fact 5: The symptom of HIV/AIDS are very often missed
The symptoms of HIV/AIDS very often mimic the symptoms of other very common diseases like the common cold or flu. While a person infected with the virus may experience symptoms within 2-3 weeks of being infected it may take up to three months. There are also some people who may be absolutely asymptomatic. The common symptoms of the condition are fever, rash, chills, sore throat, rash, night sweats, fatigue, swollen lymph nodes, muscle aches and ulcers in the mouth.

Fact 6: The tests for HIV are simple
The test for HIV involves either testing your blood or your saliva for the presence of the antigen against HIV. The problem with this test was that it could not pick up the presence of the antigen you a patient s body until he/she started producing antibodies to the virus, which usually takes about 12 weeks. Recently a new test has been devised that tests for the presence of antibodies against the virus. This is far more accurate and one can get the test done as soon as they think they have been infected. All you have to do is go to a nearby testing center and check if you have been infected by giving a simple blood test. The test is not painful and is completed in about 10 minutes.

Fact 7: Anyone can get HIV
There is a common belief that HIV is a poor man s disease, but today this stereotype is being broken. A large number of upper middle class and affluent people are infected with the virus and is not more confined to a class in society. The disease can infect the rich, poor, young, old man or woman.

Fact 8: You can t get HIV by ingesting the blood of an infected person
Many people believe that if an HIV positive person cooks for them or somehow their blood is ingested they can contract the disease. This is not possible, because the HIV virus for all the havoc it creates in our body is extremely fragile and cannot survive outside a host. More importantly it is essential that blood containing the virus enter a person s blood stream, this requires a deep injection directly into the blood vessels. Another fact to consider is the HIV virus cannot stand excessive heat. Even the heat generated by the sun damages it, so if one were to bleed into your food and cook it, you are highly unlikely to contract HIV. And finally everybody has a mucosal lining on the inside of our mouth and nose. So when we eat the HIV virus will not be able to infect a person.

Fact 9: HIV is not the end of your life, it is a manageable condition
In our post for last year s Battle against AIDS we told you about how HIV need not be thought of as a death knell. It is a manageable condition that needs lifestyle changes and continuous medication. Stars like Magic Jonson have been living with the condition for over ten years. That being said WHO believes that poverty further alleviates the progression of the disease. That is because poor people are less likely to be able to access proper medical care. And even if they do their living conditions might not be optimal to avoiding infections. If you have HIV, ask your doctor about how you can be safe from contracting opportunistic infections.

Fact 10: A person living with HIV can have sex but with protection
Yes, it is true. Most people believe that once they have been infected they will never have sex again. A person can have sex but with protection. Since the places that the virus can easily spread is trough the vagina and anus, using a condom is the best option. Further partners can indulge in foreplay and oral sex for pleasure. In oral sex one must make sure that they do not have any open sores or lesions in their mouth while performing it; using a dental dam in such a situation is the best option. More importantly it is essential that the partner of a HIV positive person know about his/her status before intercourse. This will help by making the person more aware about the precautions they have to take

In other news – DJ Zinhle involved in another drama? – Photo

For someone who stays minding her own business – sometimes – drama surely seems to keep on following her. DJ Zinhle is such a busy woman with her multiple business ventures, that she does not want to give her haters the satisfaction of stooping to their level, so she stays occupied with work. 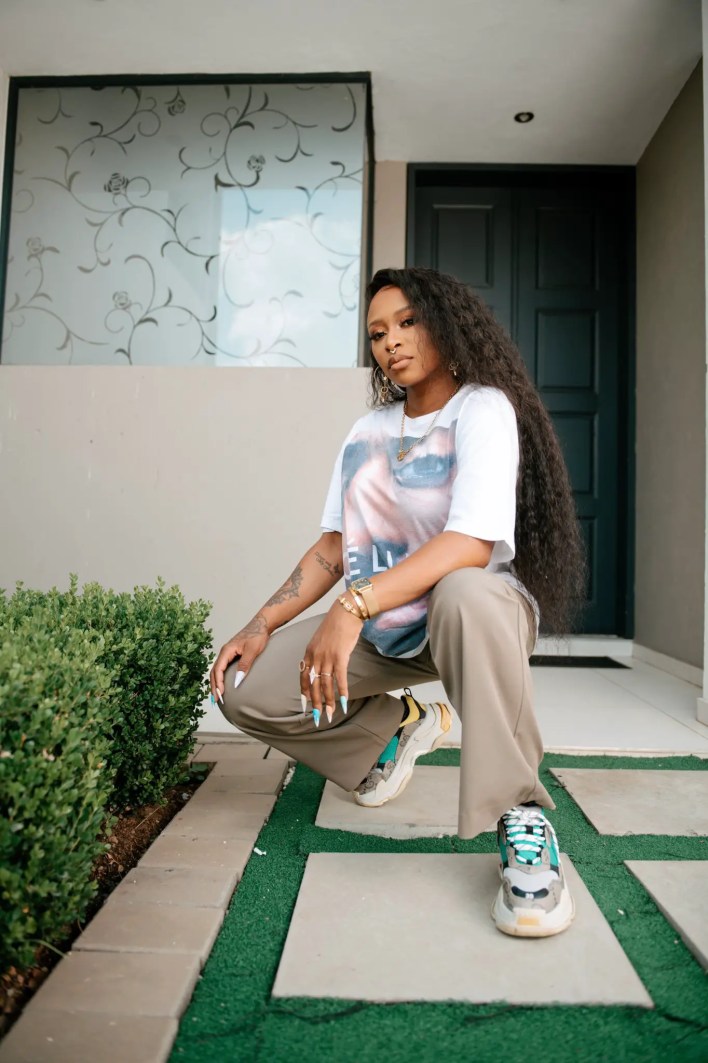 DJ Zinhle is currently busy getting her Era by DJ Zinhle fans ready for Valentine’s Day and we know she is going to come up with some fire designs for her jewelry line. She also wants to make sure that you and your significant other quench your thirst on a special day with a bottle of Boulevard Rose champagne. Learn more

Oxlade should apologise to Nigerians for his s.e.xtape

Lady in pains after giving her v!rginity to her cheating boyfriend on Valentine’s day

Ways to Get the Most out of Your Workout

A hustling man needs a hustling girlfriend not a patient one

Woman uses friend’s sp3rms to clear her face and get nice skin: Pics

Types of rest you need if want to start 2022 refreshed