More than 900 people are reported to have died from coronavirus in UK hospitals in a day, fast approaching the deadliest days in Italy and Spain, the European countries worst hit by the virus.

The government announced an increase of 938 deaths, taking the UK’s total to 7,097.

As of 5pm on 7 April, of those hospitalised in the UK who tested positive for coronavirus, 7,097 have sadly died. pic.twitter.com/bWOBsyrrrs

Despite the new record daily death toll, the number of new infections and hospital admissions in Britain is beginning to show signs of flattening, according to Prof Stephen Powis, the NHS medical director for England.

The number of new infections increased by 5,491 – a similar rate to the last few days. Speaking at the daily coronavirus press briefing on Wednesday, Powis said: “We are beginning to see the benefits I believe but the really critical thing is that we have to continue following instructions – we have to continue following social distancing, because if we don’t the virus will start to spread again.”

Jon Cohen, emeritus professor of infectious diseases at Brighton & Sussex medical school, said: “It is obviously terribly disappointing to see another jump in the number of patients who have sadly died from this infection. The main concern though is the risk that it will be perceived by the public as a ‘failure’ of the social distancing regime, and in particular with the holiday weekend approaching, as a reason to pay less attention to the government advice.”

Earlier, NHS England reported 828 deaths in English hospitals in the last 24 hours, with a further 108 patients dying in Scotland, Wales and Northern Ireland.

Wednesday’s figures marked a second record rise in the number of deaths in successive days, after 854 deaths were announced on Tuesday. If all the coronavirus deaths announced on Wednesday occurred within a 24-hour period it would represent a death every 92 seconds.

Unlike the UK, Europe’s hardest-hit countries are thought to have passed the peak of the epidemic. Italy announced its highest count of 971 deaths on 28 March, according to the European Centre for Disease Prevention and Control. Spain’s worst day was last Friday when it announced 950 deaths; on Wednesday, it recorded 757 deaths.

The UK’s latest figures came after the respected Institute for Health Metrics and Evaluation projected that the UK would become the country worst hit by the coronavirus pandemic in Europe.

It predicts 66,000 UK deaths from Covid-19 by August, with a peak of nearly 3,000 a day, based on a steep climb in daily deaths early in the outbreak.

Courtesy of a brilliant tip-off from @Crick247, here’s a very interesting bit of weekly “seasonality” in reported UK daily deaths:

Every Sunday and Monday, reported deaths are lower than Saturday. Every Tuesday, they rise sharply 🧐

The figures from NHS England show London remains the worst hit area in the UK, but the gap with other regions is narrowing. Daily deaths in the capital fell from 224 to 201, while figures for all the other regions rose, with the exception of the East of England.

The NHS provided a regional breakdown:

The 828 patients who died in England were aged between 22 and 103, with all but 46 having underlying health conditions.

The figures announced this week follow a pattern of lower than expected figures on Sunday and Monday, followed by sharp rises on Tuesday and Wednesday.

Miss Mngqithi has surely made a lot of people breathe through their wounds with such breathtaking posts that have gotten our eyes excited and for a minute we had forgotten we are under quarantine. With today marking day 13 into the lockdown, her pictures have instilled faith in us that no matter what, we will get through this difficult time. 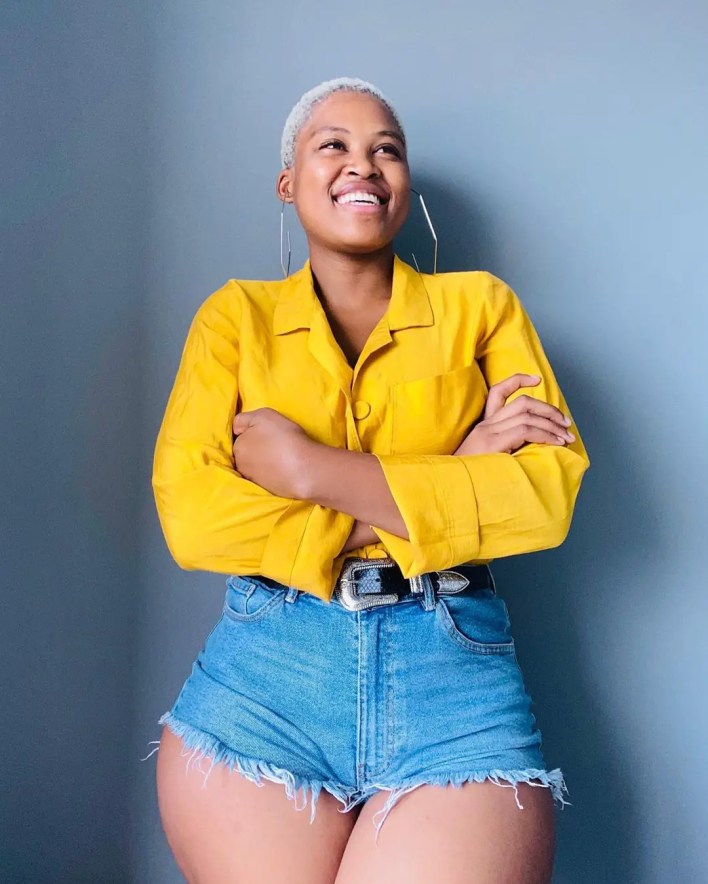 Taking to social media, actress Asavela Mngqithi is flaunting her juicy legs every time she gets an opportunity through the shorts she loves to wear. continue reading

Lai Mohammed: Only 3% of Nigerians vaccinated against Covid-19

No case of new COVID-19 variant omicron in Nigeria